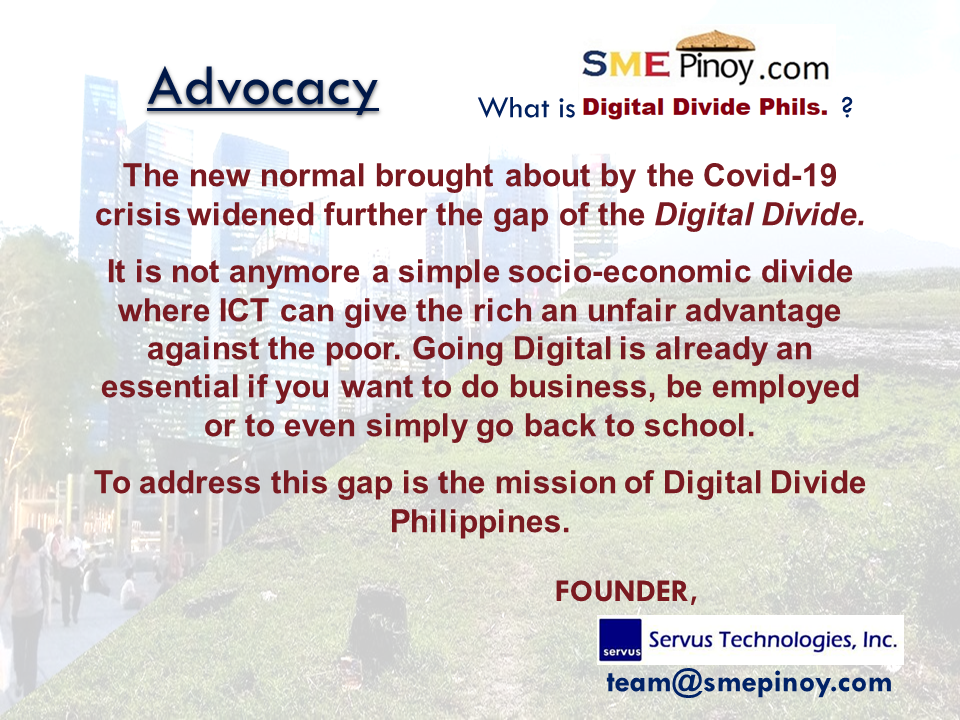 A farmer’s son in the barrio, around half of Filipinos Graduating in 2016, has a slim chance of landing a job in the Central Business District’s of Metro Manila not only because they are poor in English but also in computer literacy.In the same manner, majority of MSMEs and Cooperatives in the Philippines would find it difficult to be sustainable because ICT is beyond their resources.The common phrase for businesses to ASEAN 2015 is if you do not globalize your business will die.This is the reality, a socio-economic divide where ICT can make the rich-richer and the poor-poorer. To address this discrimination is the mission of Digital Divide Philippines.